Steve Wozniak born in 1950, was a Co-founder of the biggest global tech company, Apple. From a young boy, he had a growing passion for electronics and was further educated in this field. After meeting Ronald Wayne* through Steve Jobs in the early 1970’s, they planned together their venture in electronics.

Wozniak was the engineer behind the first ever Apple computer; ‘Apple I computer’. They sold it for $666.66 per unit and manufactured only 200 of them. This was a very basic computer with no power supply, monitor or casing sold with it. Regardless, this was the start of this now global enterprise.

Although Steve Wozniak is still on the payroll of Apple, he has invested in his own ventures. In 1990 he joined the ‘Electronic Frontier Foundation’, giving criminal computer hackers legal aid through prosecution. In 2002, Wozniak founded ‘Zeus’, a company that would develop Wireless GPS Technology.

*Ronald Wayne was the 3rd Co-founder of Apple. He is regularly dismissed, as a week after trading,he cashed out his shares for $800.

Bill Gates, born 1955 is the founder of Microsoft. With a passion for software and a natural ability for teaching, Bill Gates is the youngest person to ever become a billionaire.

In their later school days, Bill and Paul ran classes to teach other students computer programming. In 1970 at the age of 15, himself and Paul Allen designed a software that measured traffic flow in Seattle. This was their first venture and consequently netted $20,000.

At 18 years old, Gates attended Harvard Law School to follow the footsteps of his father as a lawyer. However, unsurprisingly his loyalty lied with programming. He dropped out of in 1975 to continue his journey with Paul Allen in the world of computing.

In 1975 Paul and Bill founded Microsoft. Although Allen came up with the name Microsoft, Bill did a majority of programming and planning and took the role of president whilst Alle

Approximately 82.22% of computers and laptops have Microsoft software. 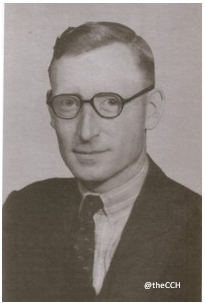 Tommy Flowers, born in 1905 had a passion for machines and as a result studied an apprenticeship in mechanical engineering. Later he received his electrical engineering degree and began work at the British Post Office.

In 1941, Flowers began work with Alan Turing’s machine at Bletchley Park. From this began design on the Colossus. It was a machine that intercepted and decoded German messages in world war two. It worked 5 times faster than any previous code breakers.

This he did in his own time, with a lot of his own funding’s. We may not have won the war without the commitment, selflessness and bravery of Flowers. Through his vast knowledge and fascination for machines, he has been marked as ‘one of history’s most significant electrical engineers’.

John Attanasoff born 1903, Invented his Version of the Computer. In 1939 Attanasoff began his construction of the ABC alongside Clifford Berry, an engineering student he hired to help. Unfortunately, some equations were failing and before they could resolve it, they were both sent off to fight in WW2.

As a result, in 1948 Attanasoff found that their machine had been dismantled and removed. The only part left was one of the memory drums. This was the first computer to use RAM and could do 30 simultaneous operations.

A  team from Iowa State University, between 1992 and 1997 rebuilt the ABC which is now displayed in the California Computer History Museum. A lot of the ideas from the ABC were later used in the development of the ‘ENIAC’, the first general purpose computer.

HP released an invention they are best known for today which, although was sold as a ‘desk calculator’ to avoid being compared was believed by many as the ‘first personal computer’. This machine could solve technical problems 10 times faster than most other machines. In 2002 HP bought Compaq, this intern made HP the most prominent PC/Server manufacturer in the world.

HP released many other products such as:
• The wristwatch instrument
• Calculators
• PC’s/Touchscreen PC’s/Laptops
• Printers
• Graphics cards

Furthermore, Bill and Dave developed their small garage inventions and turned it into a multi-billion enterprise, supplying to a large percentage of technical demanded worldwide!
Dave Packard died in 1996 and Bill Hewlett in 2001.

Alan Turing – 1936
Alan Turing born 1912. Turing was educated at both Cambridge and Princeton which led him to write multiple papers on computer science. He invented the concept of the problem-solving machine that could execute simple sums, find square roots and solve sudoku puzzles. He later also designed his first concept of ‘Artificial Intelligence’, the idea that computers would be able to ‘think’.

In 1939, the day after Great Britain declared war against Germany, Turing joined Bletchley Park to help decipher German code. At the time, Germany had a communications device called the ‘Enigma Machine’– the number of permutations for this device was in the millions and until Turing’s device was built, it took 5 ½ months to decipher the code.

After the machine was built, it took minutes. Without a doubt, this computer conceptualised by Alan Turing was a critical factor on the Allies winning the war. Some have argued that not only did we finally beat them on the field of battle, but we beat them intellectually too, with people like Alan Turing.

He is now remembered as ‘The codebreaker who saved millions of lives’, unfortunately, this wasn’t the case during his lifetime. However, he is now rightly recognised as a hero and the inventor of the modern computer. A true genius.

William Barton Rogers born in 1804. As early as the 1840s he had wanted to create an educational environment to teach a high-level education of technology. Finally, in 1861 he founded Massachusetts Institute of Technology, better known as MIT and in 1865 it was open to students.

Today, MIT hosts a wide range of courses such as aerospace studies, mathematics, media arts & sciences, science technology & society and many others. Almost 20,000 people apply every year for enrollment and only 9% get a place.

It has produced industry moulding individuals such as –

Ada Lovelace born in 1815, studied mathematics and science in detail as wished by her mother so that she would avoid her father, Lord Byron’s passion and insanity for poetry. In 1843, while reading ‘Sketch of an Analytical Engine’ by Luigi Menabrea, she added notes, almost 2 ½ times the length of the book. At the age of 27, she had written the first paper on computer programming.

Charles Babbage born 1791, also studied mathematics & science at Cambridge University where he later became a mathematics professor in 1828. Babbage made the designs for the computer programme after reading Ada’s paper. However, these were left aside, and Charles never completed the invention. In 1910 his son, Henry Babbage however, was able to complete a portion of the machine that could produce simple calculations.

Charles and Ada met in 1833 and became good friends with their mathematical and scientific intelligence in common. Charles & Ada are considered the ‘mother & father’ of the computer and are responsible for the mass industry that we have built around technology.

Any cookies that may not be particularly necessary for the website to function and is used specifically to collect user personal data via analytics, ads, other embedded contents are termed as non-necessary cookies. It is mandatory to procure user consent prior to running these cookies on your website.